Have you ever driven a boat and felt uncomfortable maneuvering the watercraft because its steering wheel and controls were on its right side?

A boat’s steering wheel is on the starboard side of the boat because it provides the best view of oncoming traffic.

In other words, its placement is a matter of safety.

When I first started boating, I couldn’t remember which side of the boat was port and which was starboard. Then someone offered me a clear description, which I have never forgotten. The National Oceanic and Atmospheric Administration’s description is similar –

“Since port and starboard never change, they are unambiguous references that are independent of a mariner’s orientation, and, thus, mariners use these nautical terms instead of left and right to avoid confusion.

The word starboard has an interesting etymology across several languages. It is derived from many closely related terms that resemble the word ‘steerboard’ – which, as its name implies, was an area in the back of the boat (before the invention of the rudder) where the boat was steered.

Still, others believe that when boats were navigated by the stars, the vessel’s captain stood elevated to the right of the boat’s helm to get a closer look at the stars – thus the name starboard.

Why is Boat Steering on the Right?

There are storied myths about the steering wheel’s placement, which may or may not be true. But these tales and anecdotes are more for entertainment purposes than anything else.

The following offers conventional (and technical) reasons why the steering wheel is on the boat’s starboard. 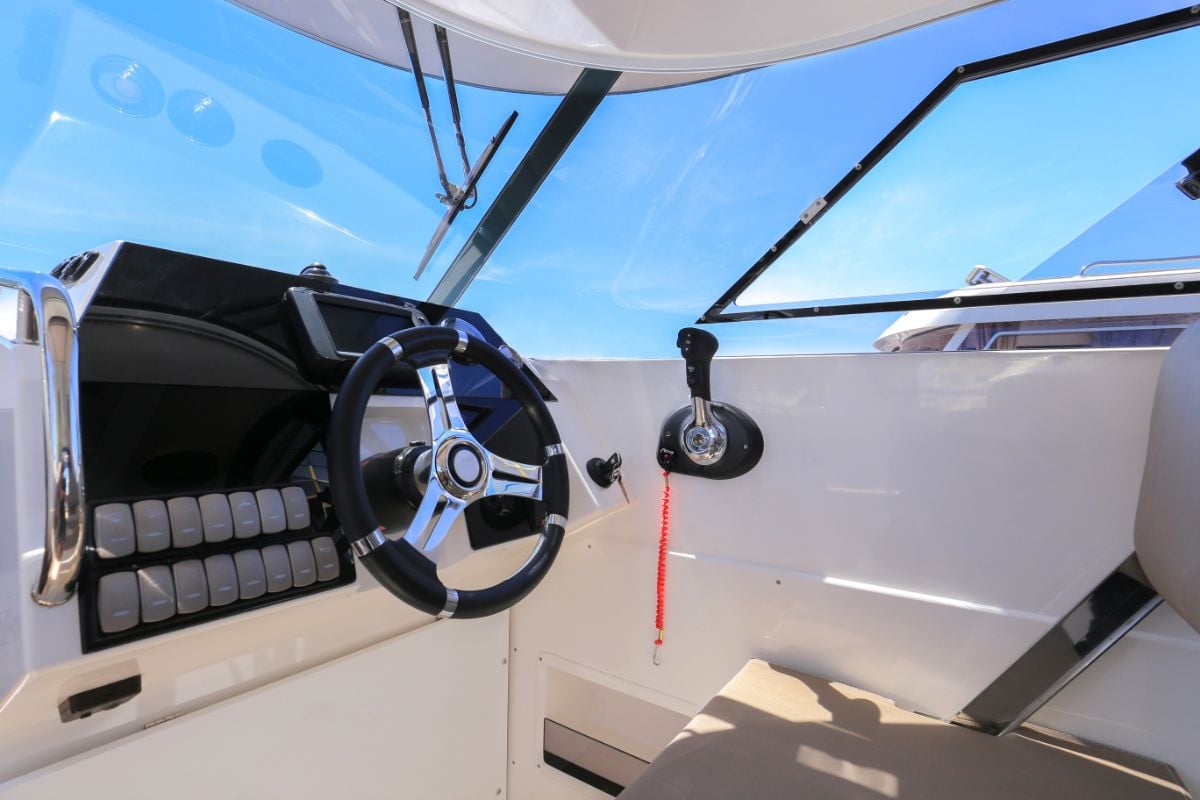 A boat’s steering wheel is located on the starboard or right side because of the torque created by a boat’s propeller. In simple terms, the torque refers to the consequence of the propeller’s motion, in this case, with the water spinning or propelling the boat forward using a clockwise direction.

See also  Can You Use Car Wax For a Boat?

The result is that the hull of the boat rolls towards the port side – which is the opposite direction of the clockwise-spinning propeller. As you would expect, the starboard or right side of the vessel will then rise accordingly.

To offset this imbalanced action, the right-sided steering wheel (where the driver stands/sits and adds additional weight) counters or restricts the starboard’s rise created by the propeller’s clockwise torque.

The steering system, with its navigation system and steering wheel on the right side of the vessel, has the capacity to float more evenly. But note, to some, the torque effect may be negligible, as the dip on the port side is only a matter of a degree or two. However, for someone negotiating a tricky spot on the water, understanding the dip created by the torque is quite essential.

The Right of Way 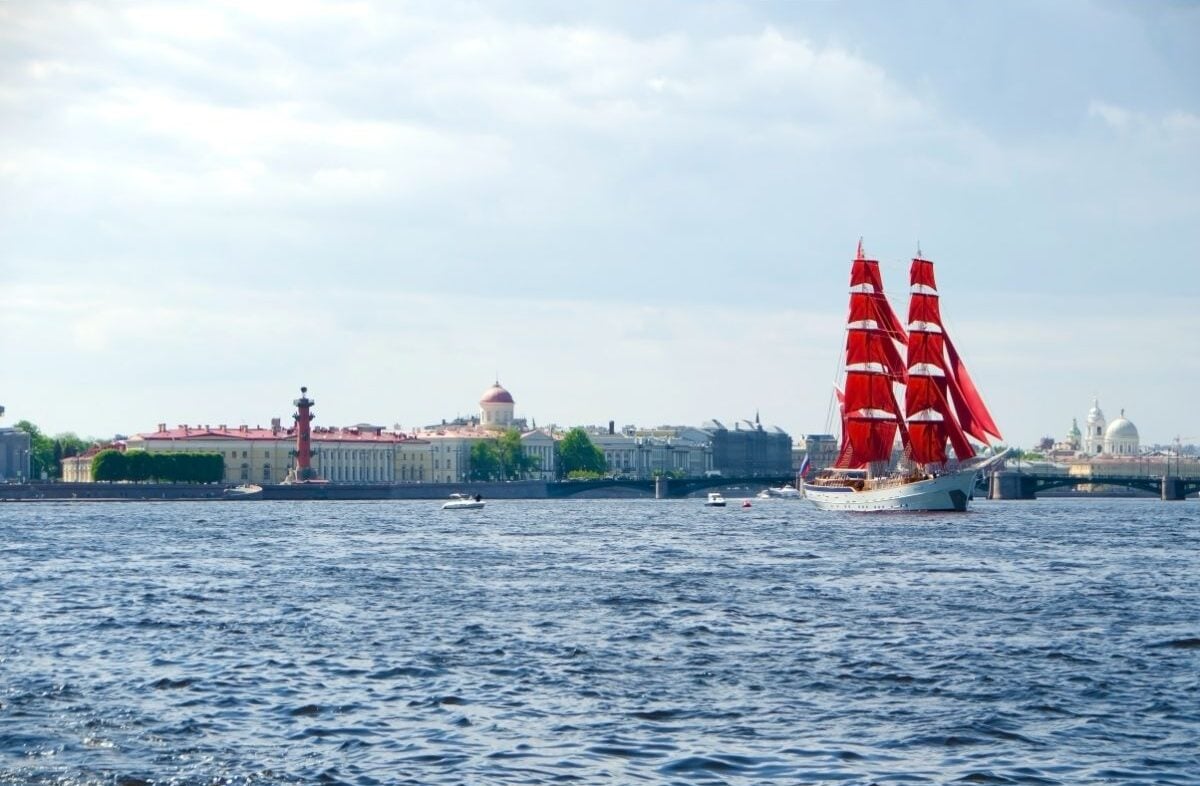 Boats approaching from the right side are given the right of way, which means that you must proactively make the first move to avoid a collision. With the steering system placed on the boat’s starboard, the driver is given maximum visibility and, hopefully, the best chance to avoid a boating accident.

In addition, the most important visibility of traffic on the water is primarily focused to the right or to the starboard side. This is because boats that approach from the port side do not typically have the right of way. Boats without the right of way (which means the other vessel has the Right of Way!)

MUST watch the way in which the right of way boat chooses to move to avoid a misfortunate event. These rules of the road on the water are applicable in most cases, although, like most things in life, there are exceptions.

See also  Why Do Boat Motors Cost So Much Money?

For instance, a sailboat with a grip is automatically given the right way when passing a powered vessel because it is assumed a sailboat has less maneuverability than a vessel powered by a motor. While the sailboat can have an onboard motor, the motor CAN NOT be in use if this automatic right of way is applicable.

If a sailboat is using a motor to propel itself – even with full sails, its automatic right of way no longer applies. Therefore, in high-traffic areas, it is recommended that sailboats turn their motor off. Other boaters trying to safely navigate near you may not know the motor is on. The confusion between both drivers could result in a boating mishap.

The IMO – the International Maritime Organization sets forth COLREGs – the ‘rules of the road’ directive (International Regulations for Preventing Collisions at Sea that must be followed by every vessel at sea internationally. Inland rules may differ but must closely align with the COLREGs. Note the federal rules in the United States are consistent with these international protocols.

COLREG’s objective is to keep oncoming traffic on the starboard side of the boat. As a result, putting the steering wheel on the right side of the boat allows the driver to have the best (and safest) view of nearby boats.

For the Sake of Convention 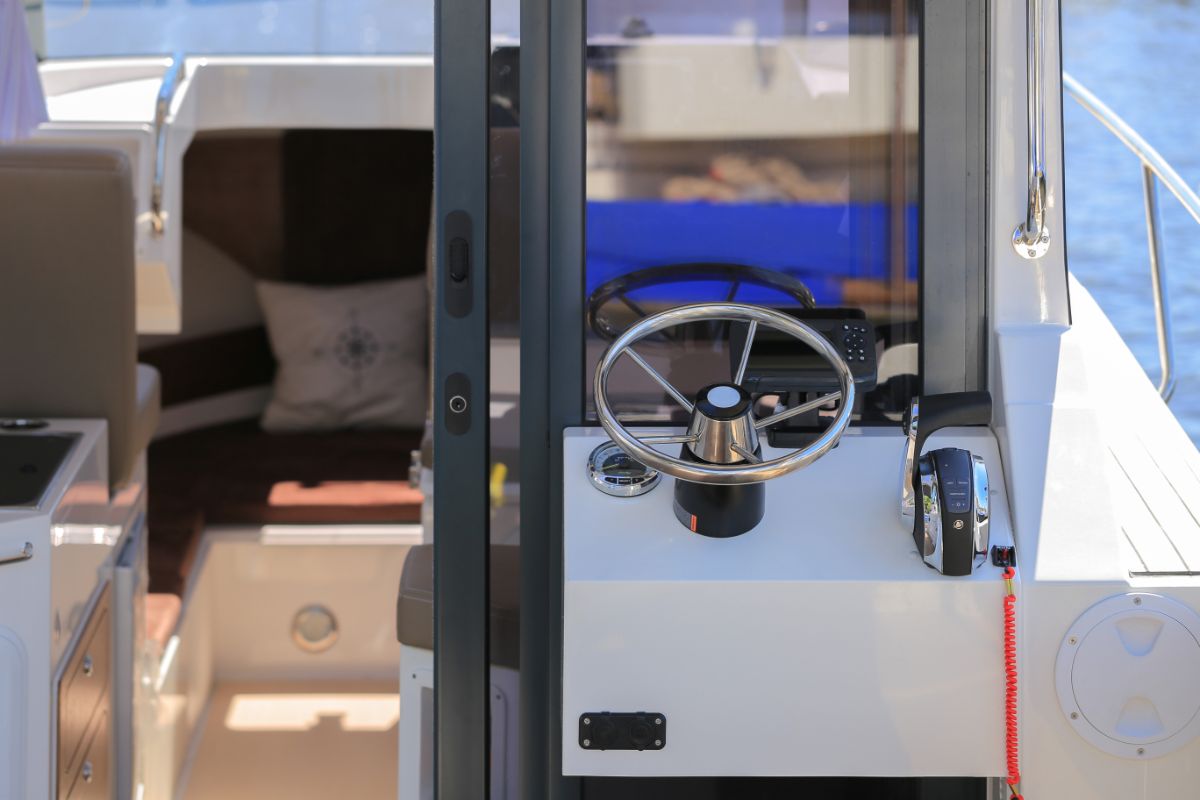 Before the modern convenience of a boat motor, a watercraft was people powered by a variety of oars. And because the overwhelming majority of people are right-handed, the right-hand placement likely originated, like most things, as a practical solution to a very real need.

See also  Can You Get a Mortgage On a Boat?

It is estimated that 70% to 90% of people are dominant with their right hand. According to the World Atlas –

Conventionally, the boat’s steering oar (which can be compared to a rudimentary version of the modern rudder) was operated by the captain. Captains, then, like today, were mostly right-handed. The tradition withstood the test of time because a) most people are still right-handed, and b) the right-hand steering convention has been proven to be quite effective.

Do Some Boats Have Steering Wheels on the Port or Left Side?

Some modern boats are manufactured with a left-sided steering wheel side. These, however, are typically wooden or pleasure crafts. Some of these types of boats even have a steering system located at the center of the boat. These tend to work safely when these smaller boats do not need to negotiate waters with larger or commercial size vessels.

Every boat driver must have a solid understanding of how to approach other vessels, just like it is critical to know traffic rules to operate an automobile safely. In some ways, negotiating a boat is more complex as there are no ‘lanes of traffic,’ and other vessels can approach from any direction!

Understanding fundamental boating rules is the first step toward a safe, amazing day on the water.