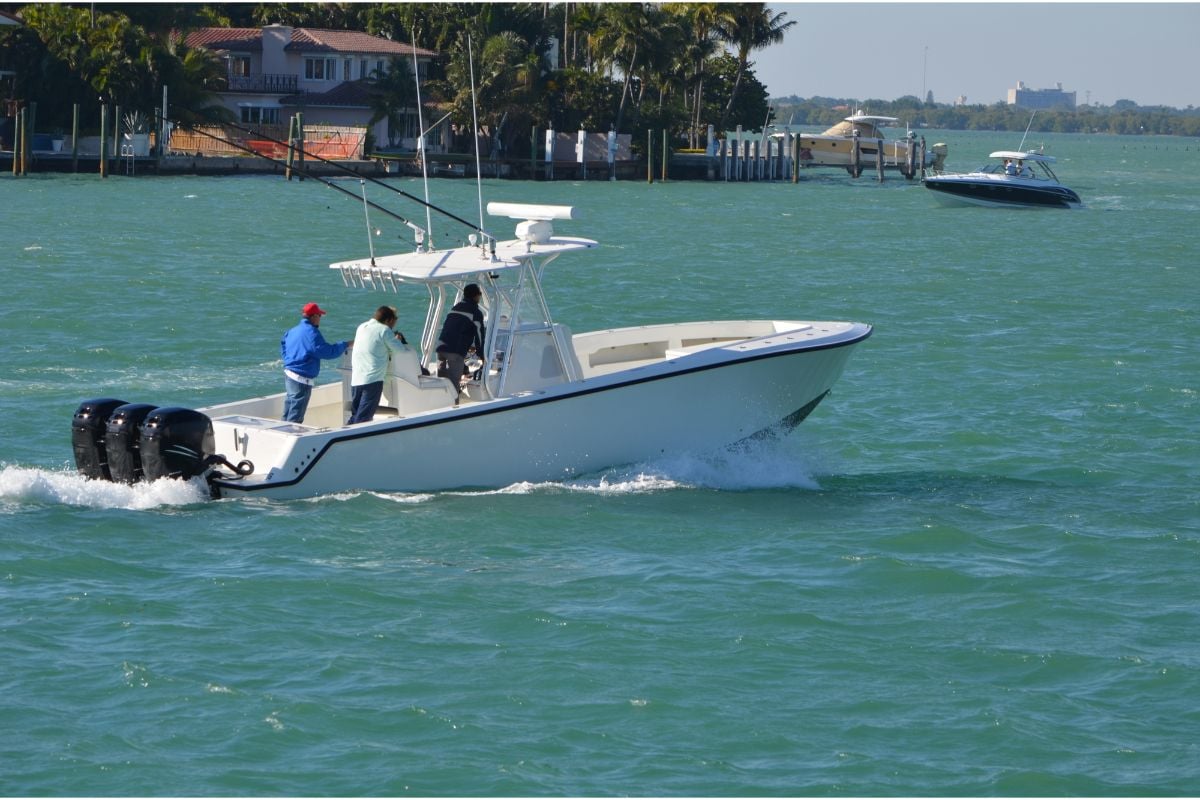 There are many ways you can propel a boat. For example, you can paddle, row, or put sails on one. Or you can use gas, LP gas, diesel, Hybrid drives, or an electric motor.

The motor you use can turn a propeller below or above the water, and the type of boat you have can determine the engine you use to power it.

Boats have many types of motors to choose from that are sized to fit your boat. For example, some smaller outboard motors use a tiller to steer. At the same time, larger vessels have complicated steering systems that turn the boat’s rudder.

Airboats often use airplane engines and have their propeller above the water and the rudders. The airplane-sized propeller air pushes their flat hulls across the water, or just grass, if that’s the situation.

Boaters have installed motors in and on private boats for over 100 years. In 1886, Gottlieb Daimler, along with Wilhelm Maybach, built the first gas-powered motorboat. Powered by a .046 L single-cylinder engine that produced 1.5 horsepower, it turned a very slow 700 rpm.

However, it was not Daimler and Maybach that brought outboards into the limelight of mass production. However, they can still lay claim to the first motorboat.

The beginnings of outboard boat motors 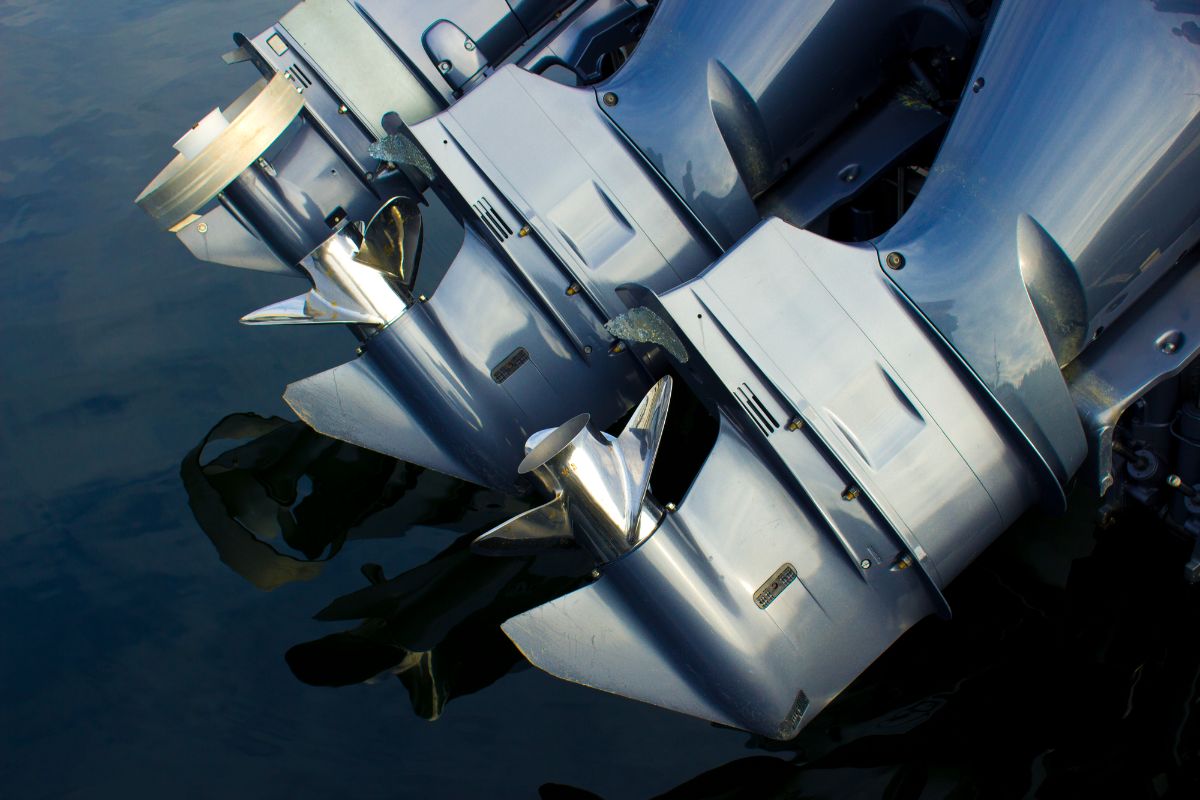 Ole Evinrude carried out the feat of mass-producing outboard motors in 1906. Evinrude introduced the first gas outboard that you could add to your boat or rowboat. With an output of 1.5 horsepower, it had enough power to propel small boats.

The outboard motor of today is somewhat the same, yet different from the first Evinrude engine. However, they still serve the same purpose: to propel your boat from here to there and back again without lifting an oar or setting sail.

Outboard motors still have the same configuration as when Mr. Evinrude developed the first model. Outboard marine motors are attached to a drive shaft that goes into a lower unit. The lower unit of the outboard motor transfers the power from the drive shaft via a set of gears that then turns the propeller. 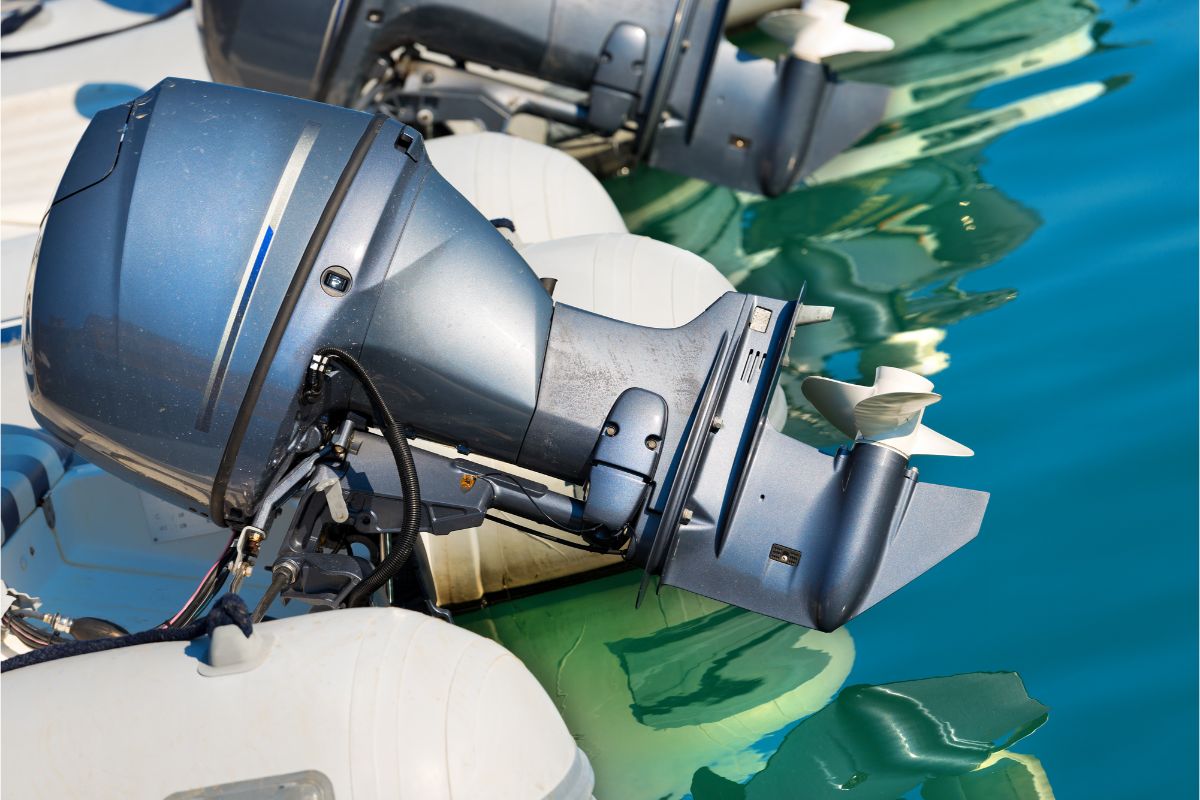 Anglers have used electric trolling motors for years. However, newcomers have added electric motors that can do more than move your boat from one fishing hole to the next.

Torqeedo has been making self-contained electric outboard motors for years. These small electric motors are suitable as propulsion for a sailboat, small skiff, or dinghy. They also make full-electric inboard systems that you can add to a new build or install on your existing boat.

This one threw me, and I can see how it would be an excellent option for a sailboat or small boat. Liquid propane is readily available in the United States, and many boats already use it for their stoves. Therefore, adding an outboard that uses the same fuel can make boating easier.

Several manufacturers make LP gas outboards, including Tohatsu, Mercury Marine, and Lehr. Both the Mercury and Tohatsu outboard motors are rated at five horsepower. However, the LP gas-powered motor made by Lehr is a four-stroke motor that develops 25 horsepower, making it the highest-powered outboard motor. 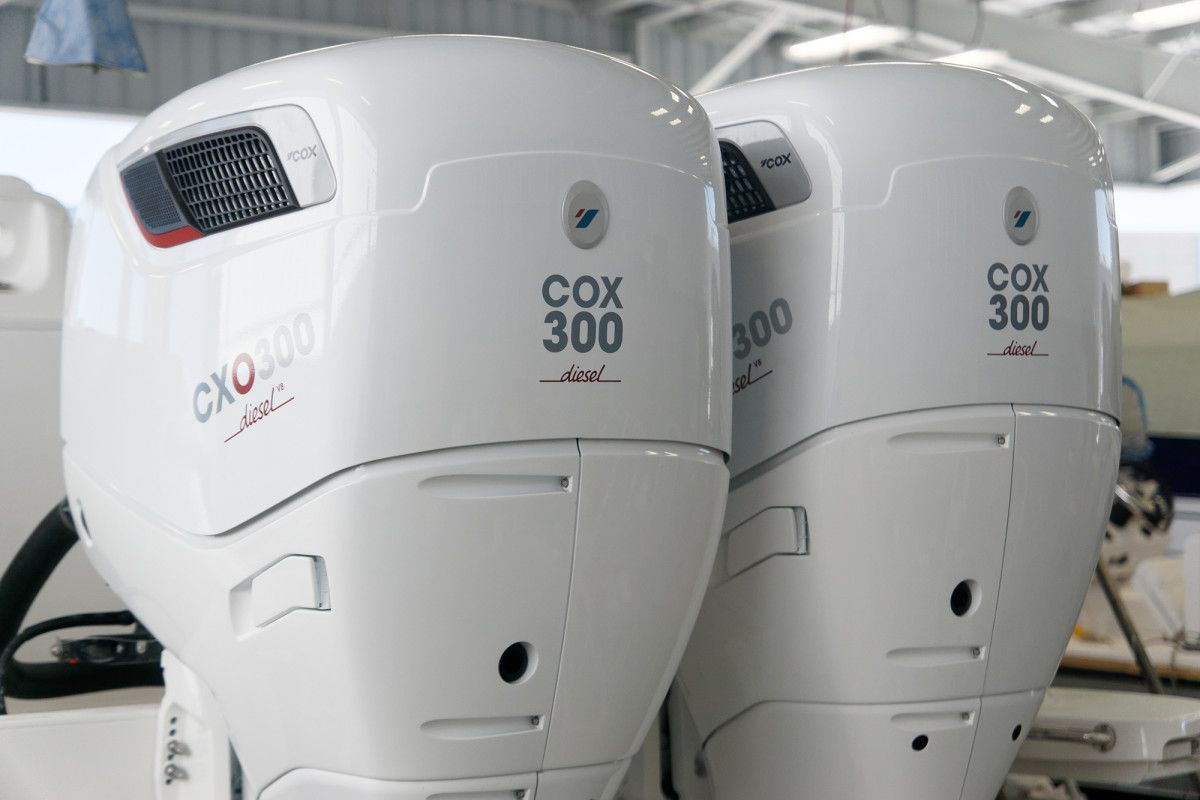 OXE has five diesel outboard models that range from 150 to 300 horsepower. Mercury, on the other hand, produces only one diesel outboard. Mercury’s diesel returns 175 horsepower and is used predominately on workboats. However, there is no reason you should not strap one or two of these to the back of your boat if you want the power of diesel. 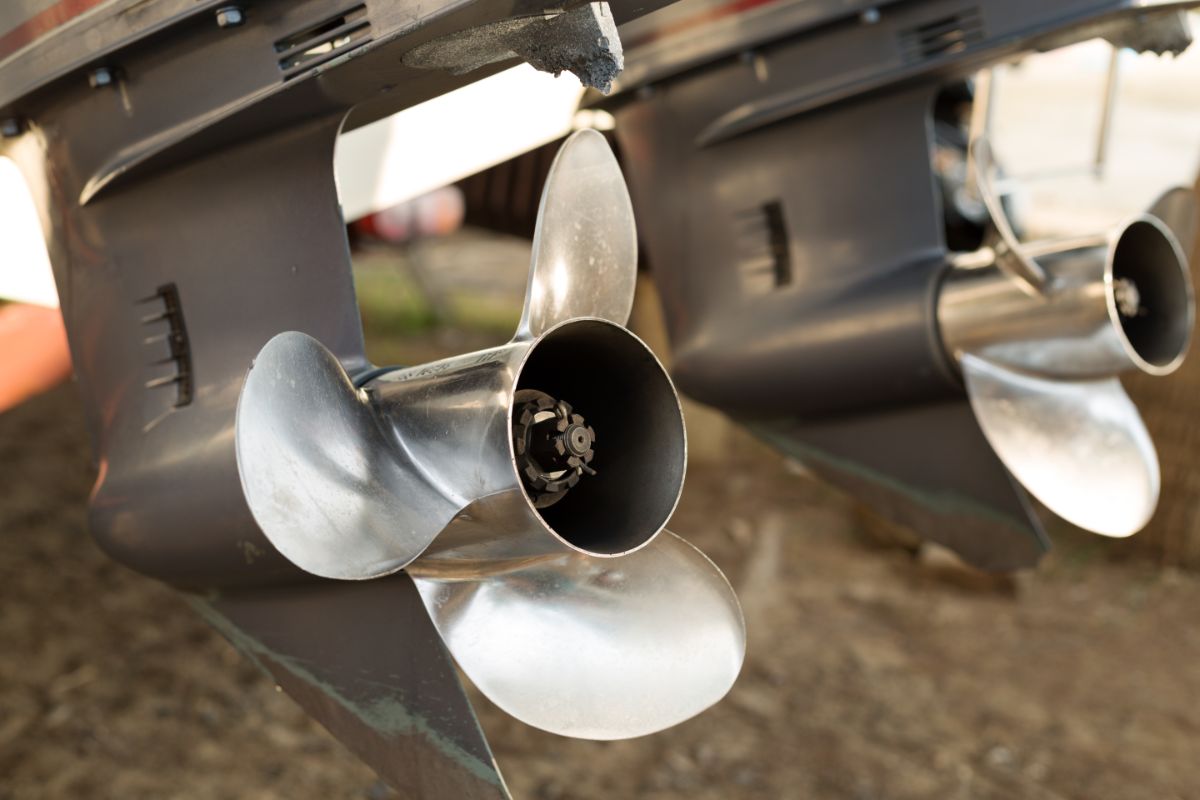 Sterndrive motors combine a conventional inboard motor with an outdrive unit, which looks like an outboard motor’s foot. Boat manufacturers have used this configuration for years on inshore and offshore boats.

Volvo Penta invented the first sterndrive in 1959, and it was a diesel fuel unit. However, Mercury Marine was close on its heels and introduced a gas-powered stern drive in 1961. By 1962, over 15 boat manufacturers were making sterndrive units for boats.

The fad of sterndrive motors came and went. Today, Mercury Motors and Volvo Penta are the only two companies that make this type of drive unit for a boat.

The first sterndrive made by Volvo Penta was a small diesel unit. However, manufacturers soon learned that big-block V8s bolted to beefy stern drive units offered exhilarating speeds when installed in the proper hull. 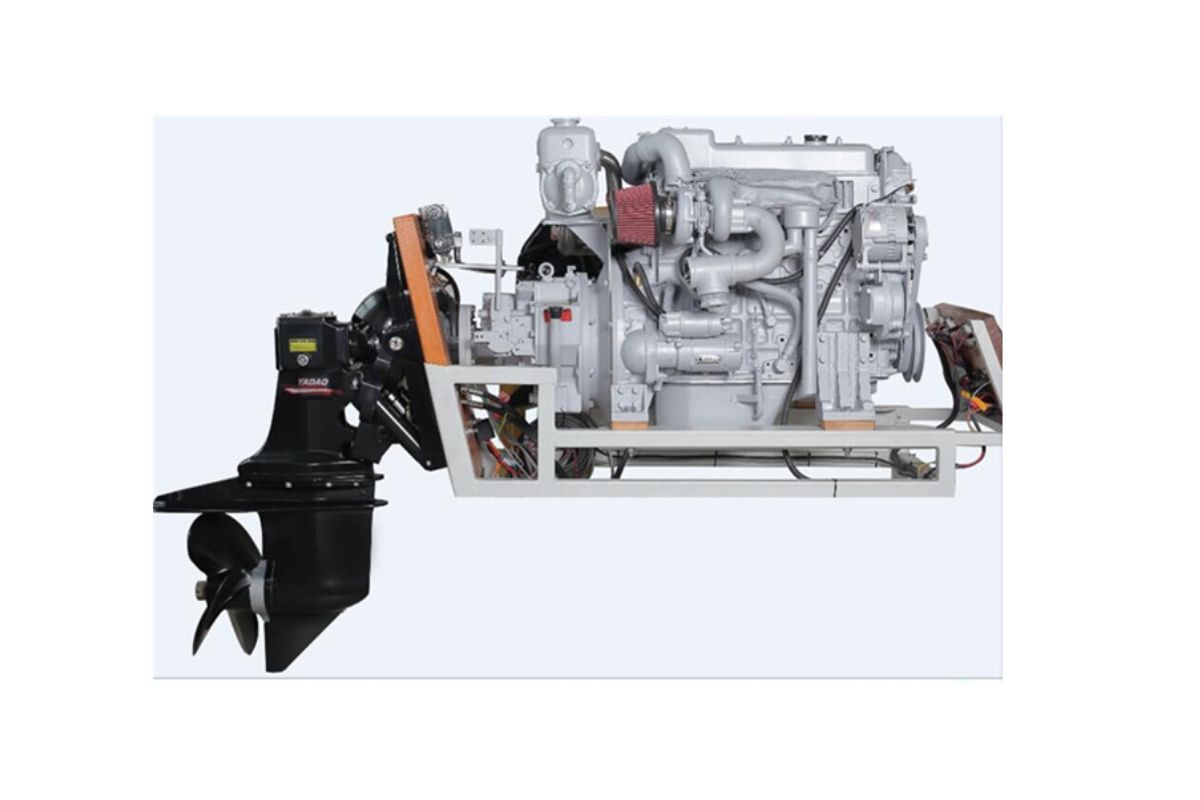 Mercury Marine and Volvo Penta’s Aquamatic series make the only diesel sterndrive units on the market. They are suitable for work and fishing boats. The Volvo Penta line of sterndrives has five engines with a range of power from 140 horsepower to 440 horsepower.

Mercury Marine has three inboard diesel motors, made by Cummins diesel, that range in power from 150 horsepower up to 550 horsepower. These engines are used in sterndrive and inboard installations.

Today, the primary manufacturers of sterndrives are Volvo Penta and Mercury Marine. There are a few other manufacturers. However, they have not been around as long and powered as many boats. 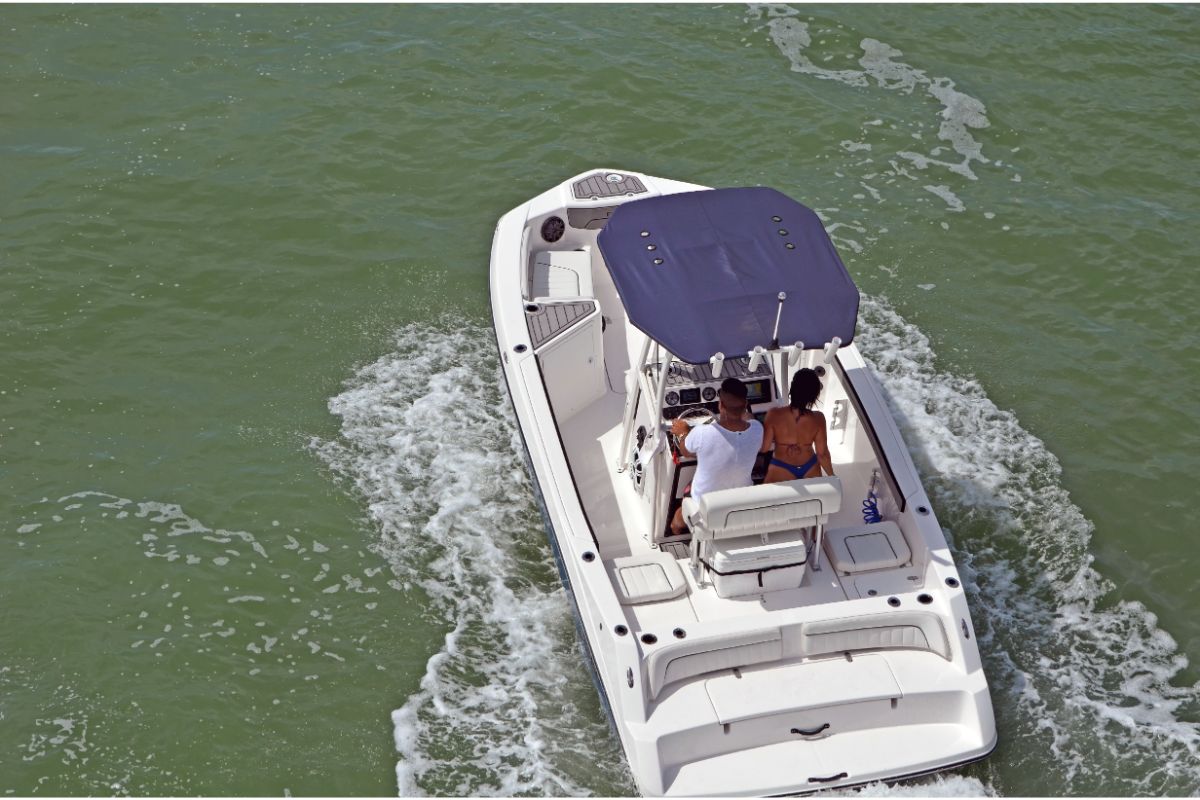 The little 1.5 horsepower motor installed in a boat built by Lurssen for Mr. Daimler and Mr. Maybach was an inboard engine connected to the propeller via a long shaft.

Therefore, the first motor boat was an inboard-powered vessel. Since the advent of gas and diesel propulsion systems for boats, their owners have enjoyed unlimited access to the world’s waters in the privacy of their motor yachts, offshore fishing boats, and other recreational craft.

Many boats use gas-fueled engines for power. Whether the boats use shaft and propeller or sterndrive gas-fueled motors, they offer the power necessary to move large boats, yachts, and offshore sport fishing boats.

The power plant is not exclusively for Mercury Marine and Volvo Penta in this category. Many inboard motors are converted, and you may find Ford, Chevrolet, and even Chrysler motors in the bellies of boats.

Sterndrive motors with the same horsepower as an inboard-powered boat are faster. However, an inboard using a through-hull shaft attached to a propeller is less expensive to maintain than an equal-sized sterndrive.

If you add an Arneson marine surface drive to an inboard motor, the sterndrive loses its edge. Surface drives are superior for making boats go faster. 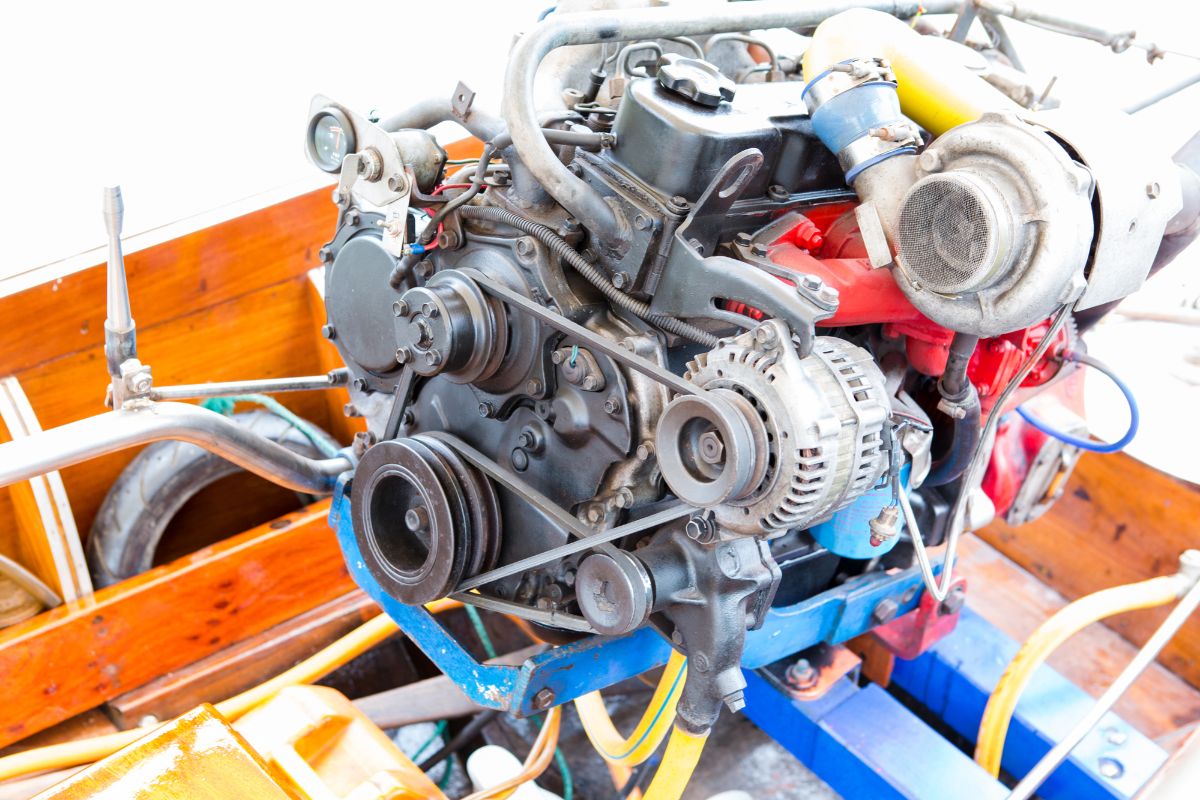 Diesel engines have been used in workboats for as long as they have been around. They are more costly than gas engines to purchase and install. However, their legendary longevity and dependability warrant the cost.

Like a gas engine, a diesel can use an Arneson drive to reduce the drive drag as the boat moves through the water.

Diesel sail drives are engines bolted to a sterndrive-looking unit that goes through the bottom of a sailboat’s hull instead of through the transom.

The advantage of a sail drive on a sailboat is that the propellers are tucked up under the boat. This makes it less likely that lines from sailing will be tangled in a prop. However, the real beauty of a sail drive is that it offers a level of maneuverability that other boat power systems do not have. 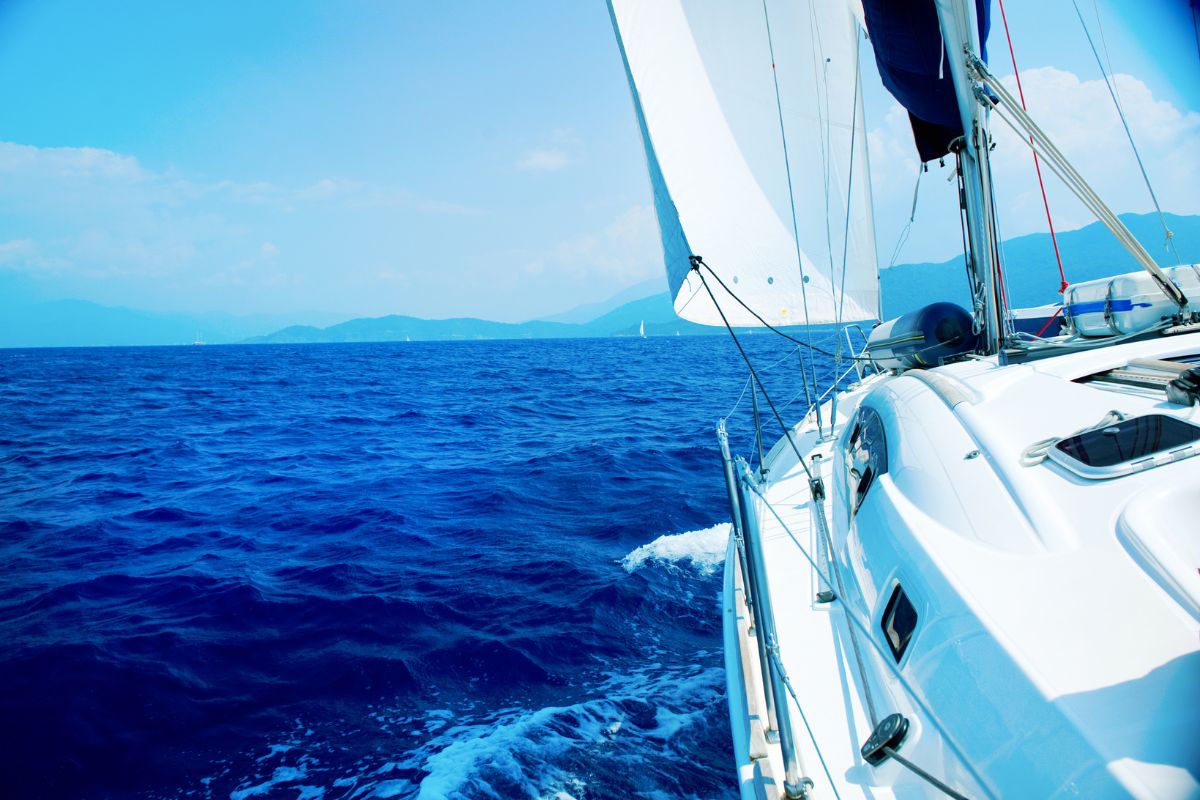 Hybrid systems work better on boats than full electric because you have a way to charge your boat-house batteries, even if the weather is cloudy for a day or two.

A hybrid boat propulsion system consists of an inboard motor (usually diesel) used to charge your batteries. Power to move the boat is provided by an electric motor(s), and you only use the fuel-powered motor as a battery charger.

However, one hybrid concept from Greenline Hybrid boats can use an electric motor for propulsion or a diesel motor. Therefore, you can use diesel or electric motors to propel your boat.

Using the diesel engine will also increase the speed of these boats, which gives you what you need to get out of the way of storms.

Torqeedo makes electric inboards, as well as outboards. With Deep Blue, you can add a battery-powered propulsion system that will work for your planning or displacement hull boat. They also have electric sail drives explicitly designed for sailboats.

These systems are available with low or high-RPM motors. This gives you the choice of an engine that can move your trawler or speed your motorboat across the water.

When added to a lightweight hull with solar and wind generators to charge the batteries, your time on the water will be without gas fumes. Still, it will be limited in its scope. Most fully electric boats, of which there are a few, have a very short cruising range.

Without the assurance of a backup motor, as a hybrid system implores battery charging, you won’t get as far on electricity alone.

Purewatercraft has designed a line of boats powered by batteries only. Several other manufacturers are also going pure electric. However, like with cars, the biggest problem with a fully electric boat is range.

Good information. I am looking for quotation for diving support aluminum outboard boat with 11-12 Mt length and engines with 2*150 HP the engines made in Japan.