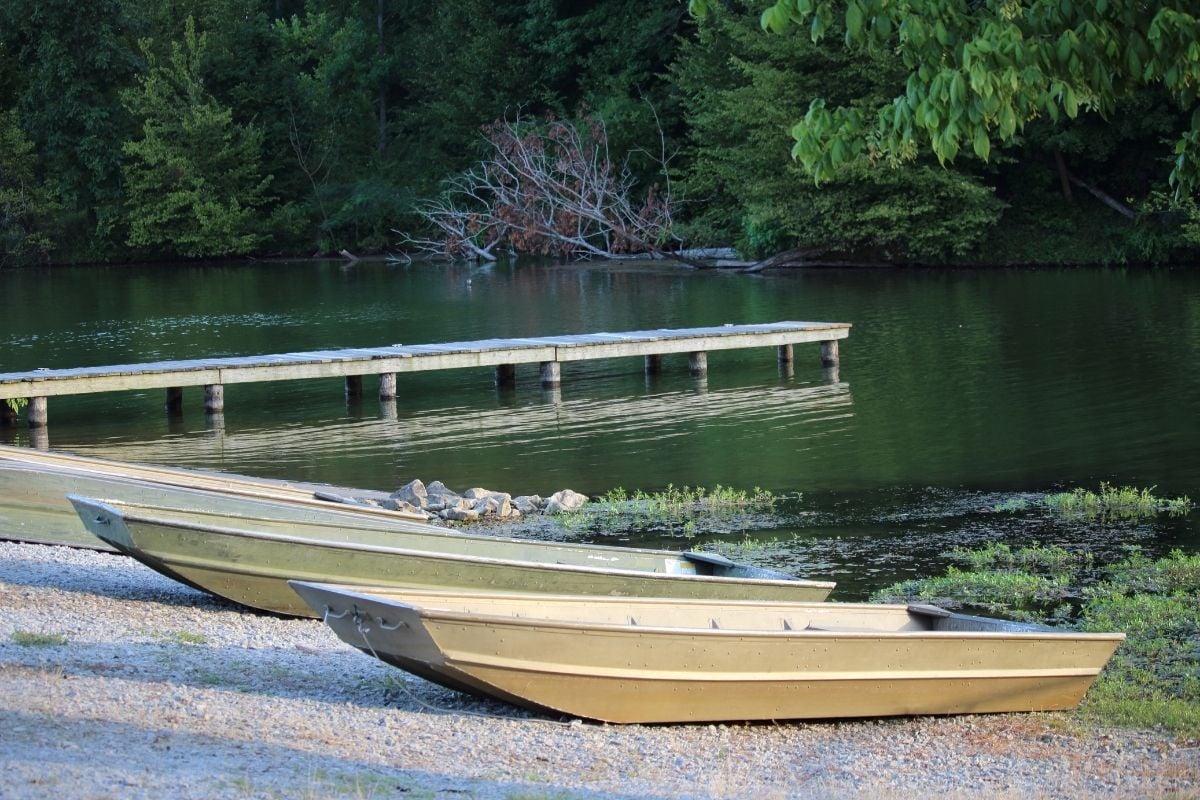 Growing up in the Deep South, I’ve spent plenty of time in canoes and jon boats.

I own a canoe that is nearly as old as I am and I have fished across the Southeast with it. My brother owns the brother to that canoe and a first cousin has No. 3 of the family. Dad bought all three at the same time, one for himself, one for his father and one for his brother.

I’ve owned a few jon boats and I’m looking for one now.

Both have a time and place for use and both work well for their given purposes.

No one knows when the first canoe was created, making it the oldest by millennia. The canoe appeared all around the world at different times and in different cultures. People around the world still carve canoes from a single tree trunk.

The name canoe, as best historians can figure, started out as “kana wa,” from the Arawakan Indians of the Caribbean islands. Spanish explorers brought the name back. The French called it “canoa” and the English changed that to canoe.

The jon boat’s origins are less mysterious. Boating historians point to Charles Barnes, a river guide born in 1878. He built a flat-bottomed boat with sides (gunwales) as the first commercial jon boat.

Two other likely sources are Ozark mountain people who developed a flat bottomed boat, not a raft, and the Scandinavian people who created something similar to haul gear to their fishing boats and back.

How the jon boat got its name is likely linked to someone named John or Jon who owned one.

What is a Canoe? 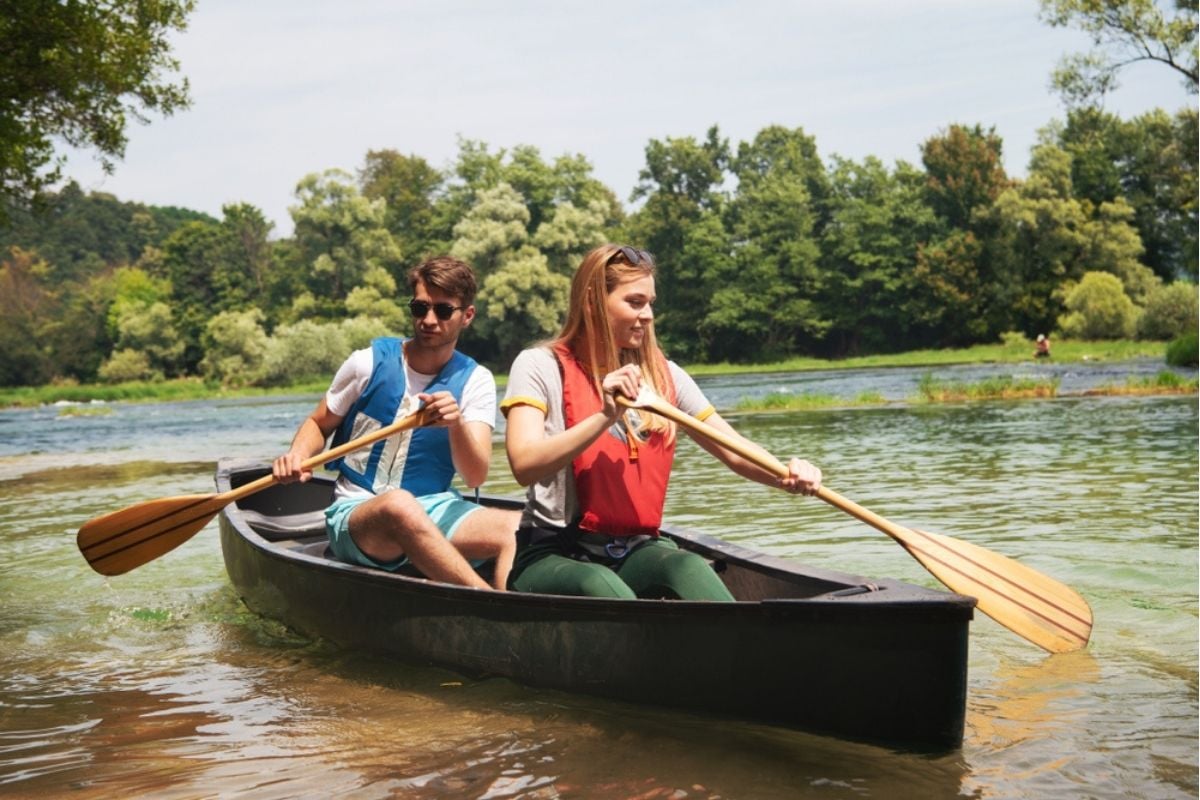 A canoe is a long, slender and narrow boat. It seats one, two or perhaps three people at the time. Three is quite a load for a typical canoe.

The canoe goes by other names depending on the specific shape and where it is found. The pirogue is commonly thought to be a Cajun innovation, but that is just their name for it. The kayak, made famous by Native Americans in the Arctic region, is a type of canoe.

The dugout, which often has a stabilizing bar on one of both sides, is found around the world. The bar is called an outrigger It stabilizes the canoe for use on water that can develop waves.

Canoes can be paddled or use electric or gas-powered motors.

What is a Jon Boat?

A jon boat is a flat-bottomed boat that can be anywhere from about 10 feet to more than 20 feet long. The very long ones are used for transporting people and goods along rivers. The shorter ones are primarily used for fishing.

Like the canoe, a jon boat can be padded or use a motor for propulsion.

How are they different?

The two boats styles have some big differences. They also have some similarities.

The biggest difference between a plain jon boat and a canoe is stability. The jon boat’s wider and flat bottom means it is much less likely to turn over on the water than a canoe. Some canoeshave a flat or slightly rounded bottom, but they are still less stable than a jon boat.

The exception to this is a canoe with an outrigger. Several companies are offering outriggers, actually small pontoons, that clamp or bolt to the side the a canoe. With an outrigger, the canoe can be even more stable than jon boat.

The stability is also an integral feature of how the boats are designed to cross water. A jon boat slides across the top of the water more much than how a canoe cuts a very narrow channel through it.

The difference here may not be obvious to someone unless they have tried to paddle both types of boats under the same conditions.

When it comes to getting around, the canoe wins hands down. While both draft about the same amount of water, the canoe is easier to turn and easier to carry (called portage). It is easier to steer when paddling.

The slender canoe also fits through narrow spaces with ease. These reasons are why people who typically take river trips do so in a canoe.

Outriggers will affect the spaces a canoe can squeeze through.

Jon boats have the advantage when it comes to dealing with waves. A passing boat can throw a wake that will rock a jon boat and swamp a canoe.

With identical boat weights, cargo and motors, the jon boat is faster because it planes more readily. Less boat in the water means less surface drag.

Here, the jon boat is a clear winner. When you compare the available cargo space, the jon boat can haul a lot more stuff because of the wide, flat bottom. Add in the stability and you can pack things higher in a jon boat than you can in a canoe.

The reason why jon boats are not used as much on river trips despite the cargo space is the maneuverability. In

Fishing is also a draw. Both have strengths and weaknesses.

• Lightweight, so big fish can pull you around and wear themselves out.

• Slips in and out of tight spaces.

• Easy to paddle alone or with a partner

• Hard to keep everything immediately handy.

• Hard to get back in if you fall out or it rolls over.

• Live wells are often integral to the bench seat so you have fresh bait right at hand.

• Hard to tip over so pulling a big one into the boat is easy, if you can lift it.

• Harder to paddle than a canoe because you have to reach well out to either side with the paddle.

• Needs space to get through.

• Longer jon boats must have a trailer to haul them when means some way to connect the trailer to the vehicle. 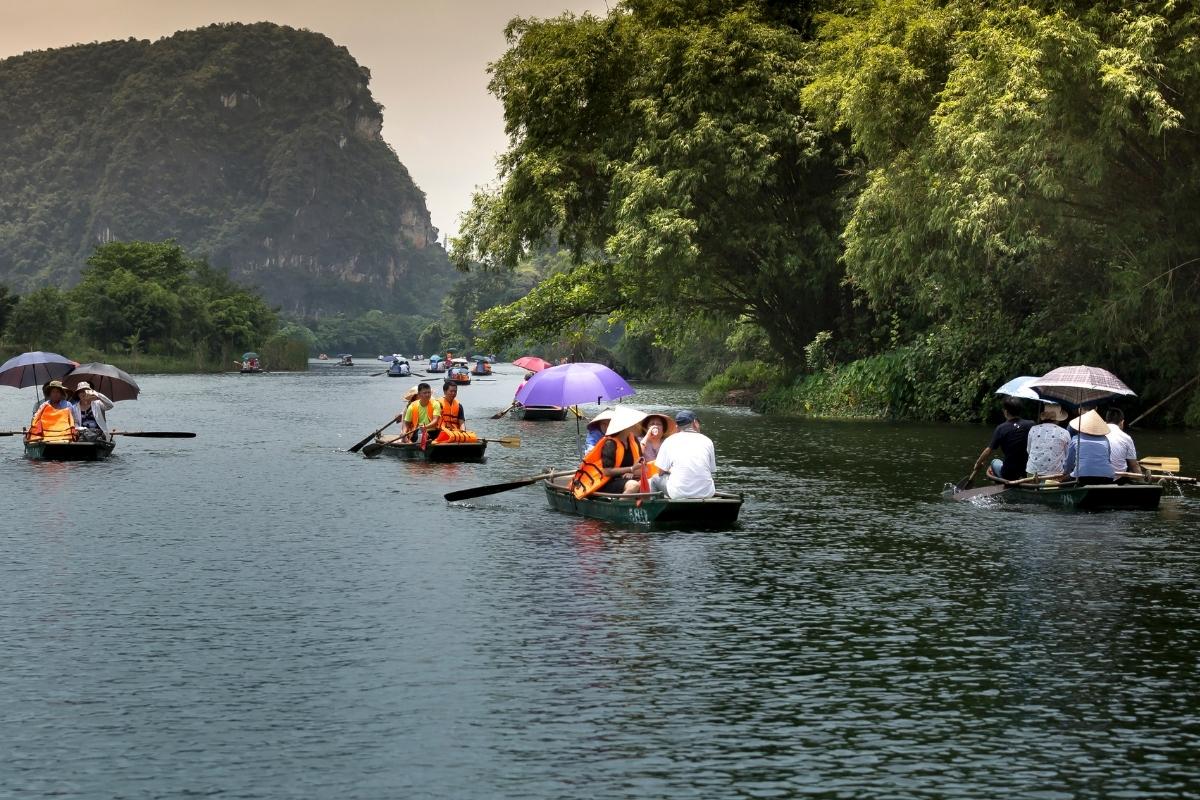 Jon boats have a slight advantage here. Since the bench seats stretch from side to side, you can sit to the side or in the middle. You can also add comfortable seats that swivel so you can spin 360 degrees with ease.

You can mount seats to canoes, but spinning around on the seat take practice.

When it comes to hauling either of these boats, it is a tie. Small ones can fit in the bed of a pickup. In the South, it’s common to see pickups with a jon boat or canoe in the back as the driver is headed to some local pond to try to catch some fish.

Both can also be strapped to the top of a vehicle or trailered, with an advantage going to the canoe. Weight being the same, a canoe is less bulky, so it is easier to push over the roof. You can also strap two kayaks to the roof of a vehicle.

Canoes and jon boats are made from aluminum, lamented wood and synthetic materials like Fiberglas. If you can shape a boat from it, you can make either one.

Both can have plastic foam inserts. In a jon boat these are under the seat benches. In a canoe, they are in the forward and rear ends. The foam means if the boat swamps, it probably won’t sink.

This is another draw. How durable each one depends directly on the construction material and the material’s care. Wood boats can rot. Aluminum will rust eventually, but it will take many years.

Synthetics are not as sturdy as metal and less forgiving when you hit something with enough force to poke a hole in the boat.

Of the three, synthetics are the easiest to patch. A repair kit from a hardware store may be enough. Aluminum must be welded or a patch riveted in place. Wood should be replaced as plugs may not hold.

The clear winner is the canoe. Simple kayaks cost as little as $150 right from the store. A basic and small jon boat is several times that amount.

Cost is also highly dependent on what you want. Handmade, laminated canoes can cost as much or more as a jon boat with a small outboard motor.

If you’d asked my preference even 20 years ago, I’d say canoe, hands down. Back then, I could load my canoe by myself and do whatever I wanted. Now in my mid-50s, I say jon boat because it;s just bigger and more comfortable for my aging back.

In truth, I like both. If I’m floating the river, I still want a canoe. If I’m fishing local ponds, I’ll take whichever is closest. If I’m headed to the lake or the river to run jug lines and trot lines or catfish, I want the jon boat.