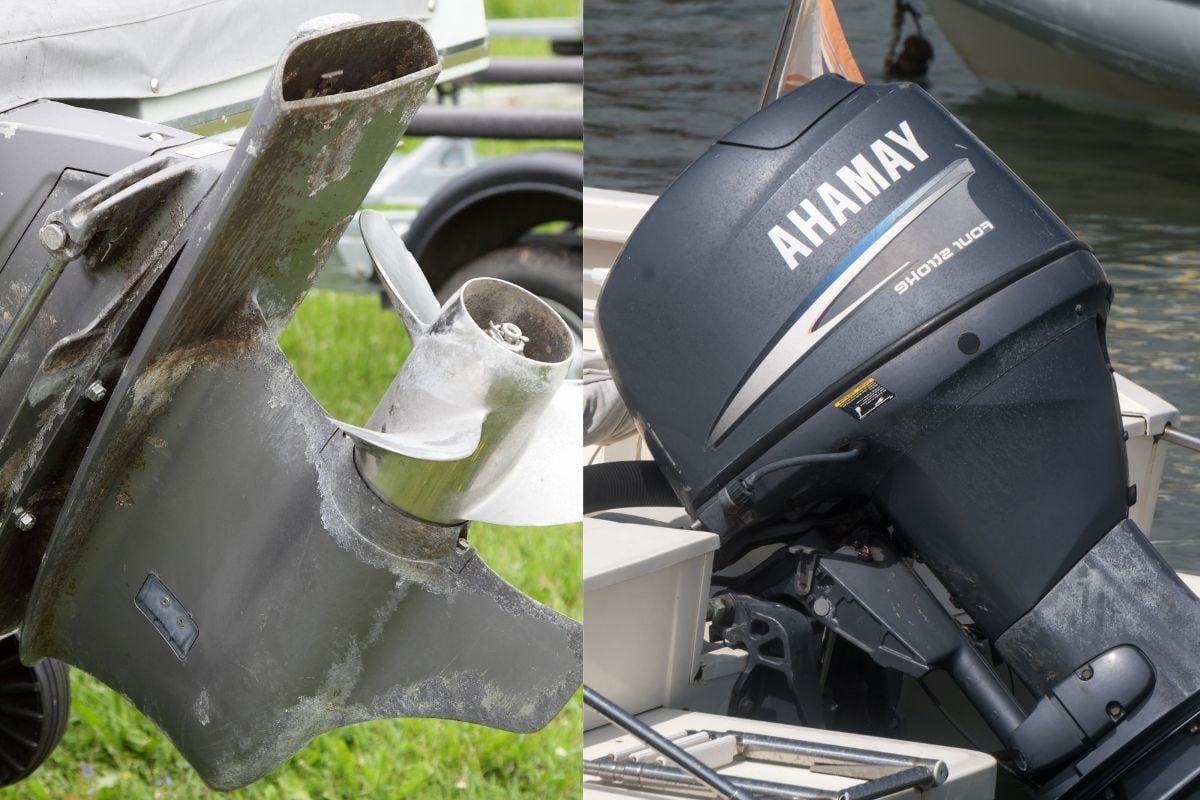 Bernardo of Nautical Ventures says, “Choosing a motor for your boat is a big deal because it becomes the heart and soul of every trip to the lake or ocean that you make.”

I think I agree. It can make or break your boating adventure, depending on what you use your watercraft for. Bear with me. I’m still learning more about different boat motors, but I do already see some benefits and drawbacks of either inboard or outboard motors.

What are some differences between the inboard and outboard boat motors?

Sometimes, the inboard motors sit in the center of the vessel. Other times, a boater might position it on the watercraft’s stern. The outboard motor always sits on the outside of the boat.

Related: Can You Change an Inboard Boat to an Outboard?

How does an inboard motor work? 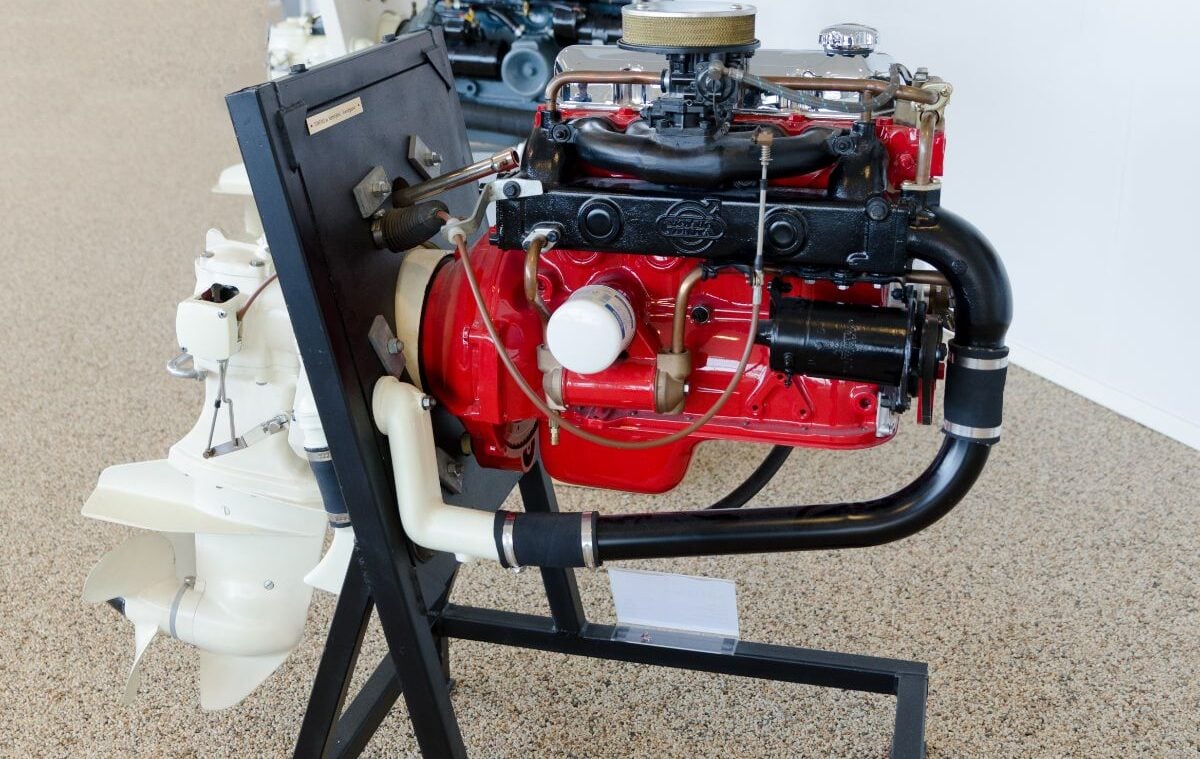 After mounting an inboard motor in the middle of your boat or by the stern, the shaft attached to the engine turns the propeller. Some inboard engines also take an oil lubricant. This enhances the engine’s operation along with the fuel you use.

How does an outboard motor work?

What are some types of inboard and outboard motors? 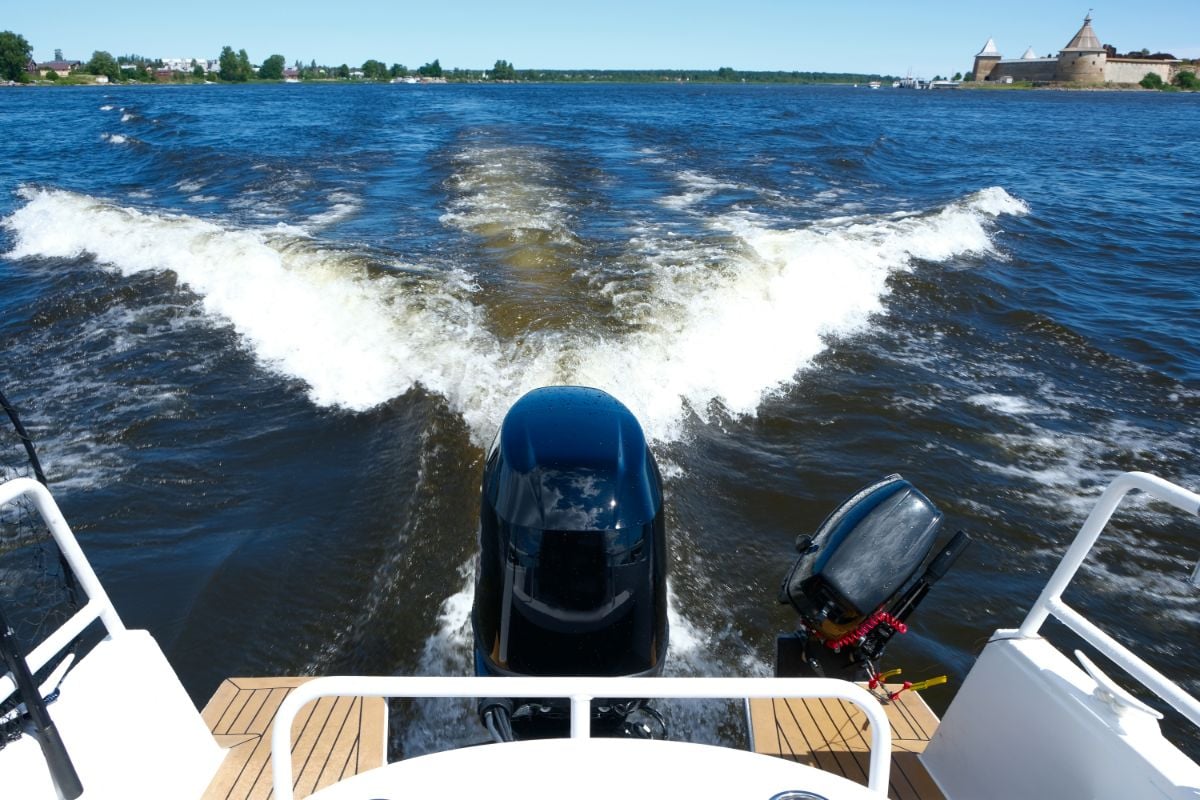 Outboard motors have been around for decades and have gone through many changes. They were originally designed to be mounted on the transom of a boat but can now be found on many types of watercraft.

Outboard motors are made for portability and still can provide as much as 600 horsepower of propulsion. I usually see the outboard ones the most often. I haven’t seen the inboard ones as much, and I hadn’t even heard of the semi-inboard motor type until now.

What are some benefits of an inboard boat motor? 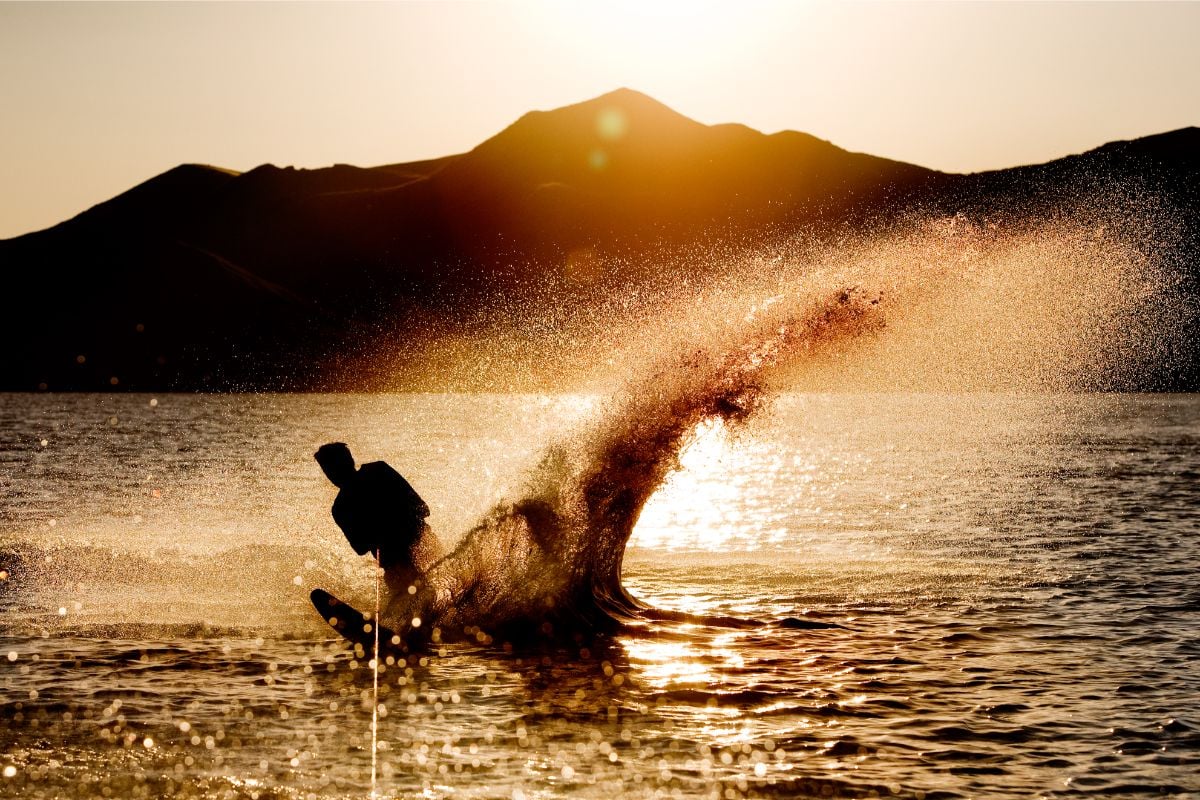 An inboard boat motor has less drag, which means it can go faster for longer periods of time than an outboard boat. This makes it ideal for water sports, such as when you want to connect water skis with ropes to it. I think it could make water-skiing safer than if using an outboard motor, which I didn’t consider until now.

The inboard motor might not wear as fast because it doesn’t become as affected to outdoor elements as an outboard motor would. Because of the position that makes them last longer, inboard motors also require less maintenance and repair.

See also  Do You Have To Give Your Boat a Name?

Out of The Way

An inboard motor won’t get in the way of a live harvesting aquarium attached to the boat. This makes it easier to catch fish and keep them alive for later use. This also is the case for when connecting your wake boards and water skis – the inboard motor stays “out of your way.” 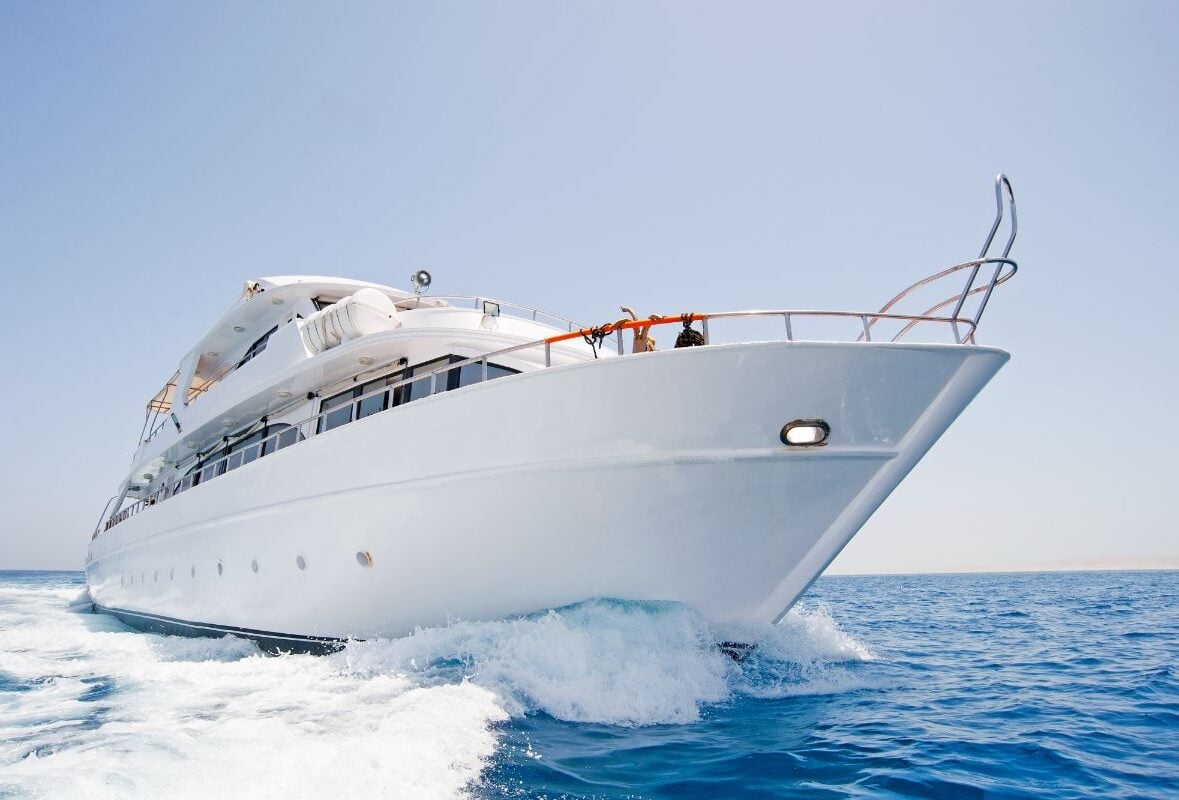 Inboard boat motors often have more torque, so they can push the boat at higher speeds. I have been on speed boats with powerful engines, and it can be fun. If I were to try water-skiing for the first time, it would probably thrill me more if I could go fast—maybe not until after a practice round though.

Inboard boat motors are not just for speed. They also run quieter than the outboard ones, so they reduce noise pollution. This is because the propeller is enclosed in a protective housing, which reduces the sound that it makes by about 50%. This means that you will not have to worry about waking up your neighbor with a noisy boat motor, not that you would boat after hours though, right?

Easier to Store And Transport

Inboard motors often weigh less and consume less storage space than outboard motors. I think that would make life easier come time to remove it for repair or replacement. On the other hand, I don’t usually mess with the innards of any vehicle, including a boat. What would I know?

What are some drawbacks of an inboard boat motor? 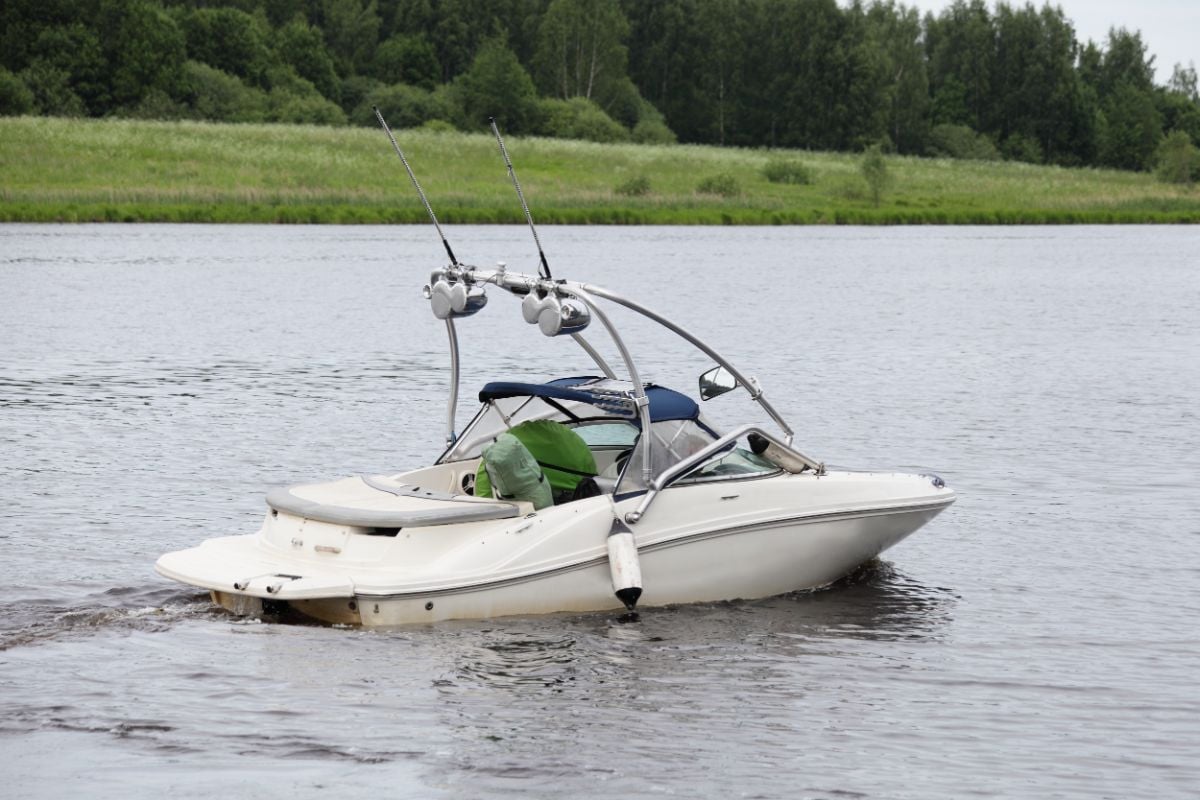 You might find installing them more difficult. They also require more space inside the hull, which you could otherwise use for other purposes, such as storage. An inboard motor also may need a long shaft to reach the water, so you have to make sure it’s long enough to propel the boat.

Usually, there’s only so many places you can put an inboard motor. Once you mount it into place, you can’t easily move it to another location on the boat. Some of them only fit certain boat models too.

See also  Boat vs. Ship - What Are The Differences?

What are some benefits of an outboard boat motor?

Outboard motors may have a lower horsepower rating than inboards. If they do, they might also use less fuel because they don’t need as much power to move the boat. They also don’t take up space inside your vessel, which makes them ideal for smaller boats.

Some people who use an outboard boat motor simply do so because they like the way it looks. If it were me, I’d probably prefer it outside the boat just because it would take up too much room inside and could become crowded. As far as aesthetics, I never noticed.

What are the drawbacks of an outboard boat motor? 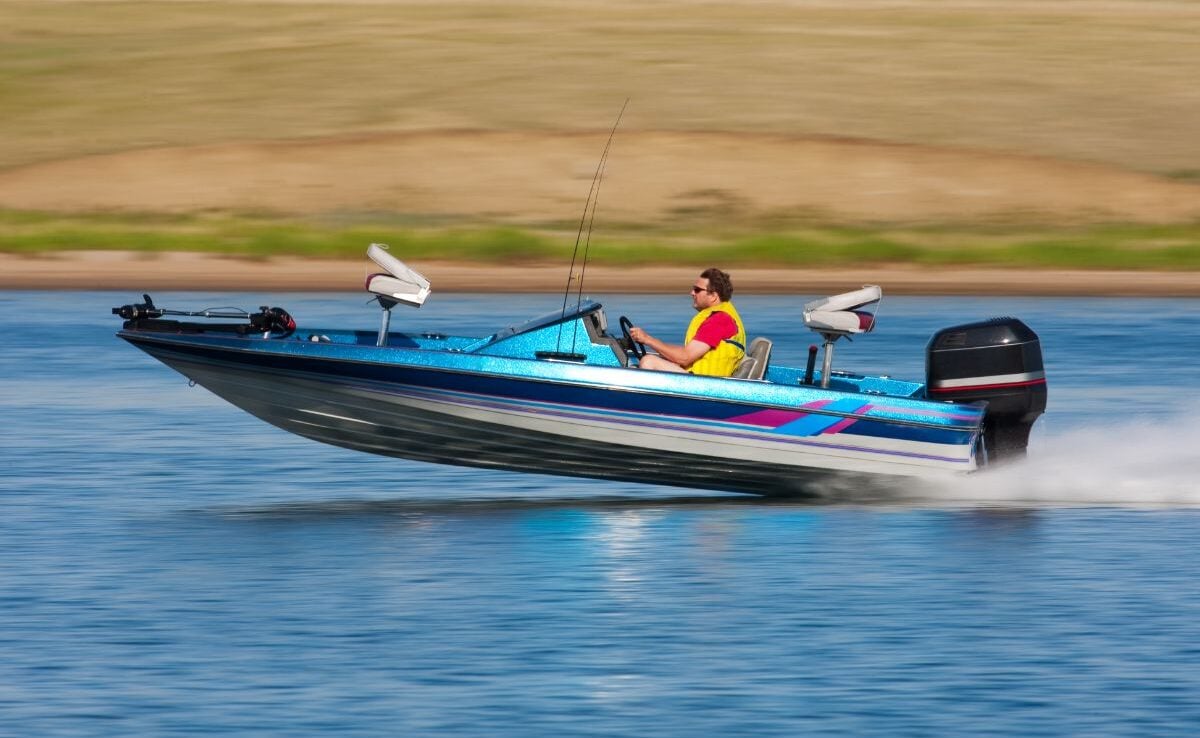 It also wouldn’t work to have an outboard engine when attaching water gear, such as skis or wake boards, to it. I wouldn’t want to take the risk of performing water sports near an engine propeller—that’s for sure.

Which type is more common, an inboard or outboard motor?

I’ve seen outboard motors more often than inboard motors. They’re easier to mount and move around than an inboard one. I think this type of motor fits the lifestyle of a person who uses the vessel for racing or fishing instead of water sports.

Is the inboard or the outboard motor more fuel-efficient?

The inboard engine of its position inside the boat, an inboard engine reduces weight and drag. It also operates at lower revolutions per minute, which reduces fuel consumption. Therefore, it usually provides more fuel efficiency than an outboard engine.

What’s more, an inboard propeller doesn’t need to push water past it. On the contrary, the outboard motor has a propeller on a vertical shaft that must be pushed past the water, which requires more fuel and energy.