There are many things that you can DIY on your boat, including the battery system. Don’t make the mistake of cutting corners when it comes to securing the batteries you use. They need to be protected and vented so that they can operate safely.

Do boat batteries need to be In a box? 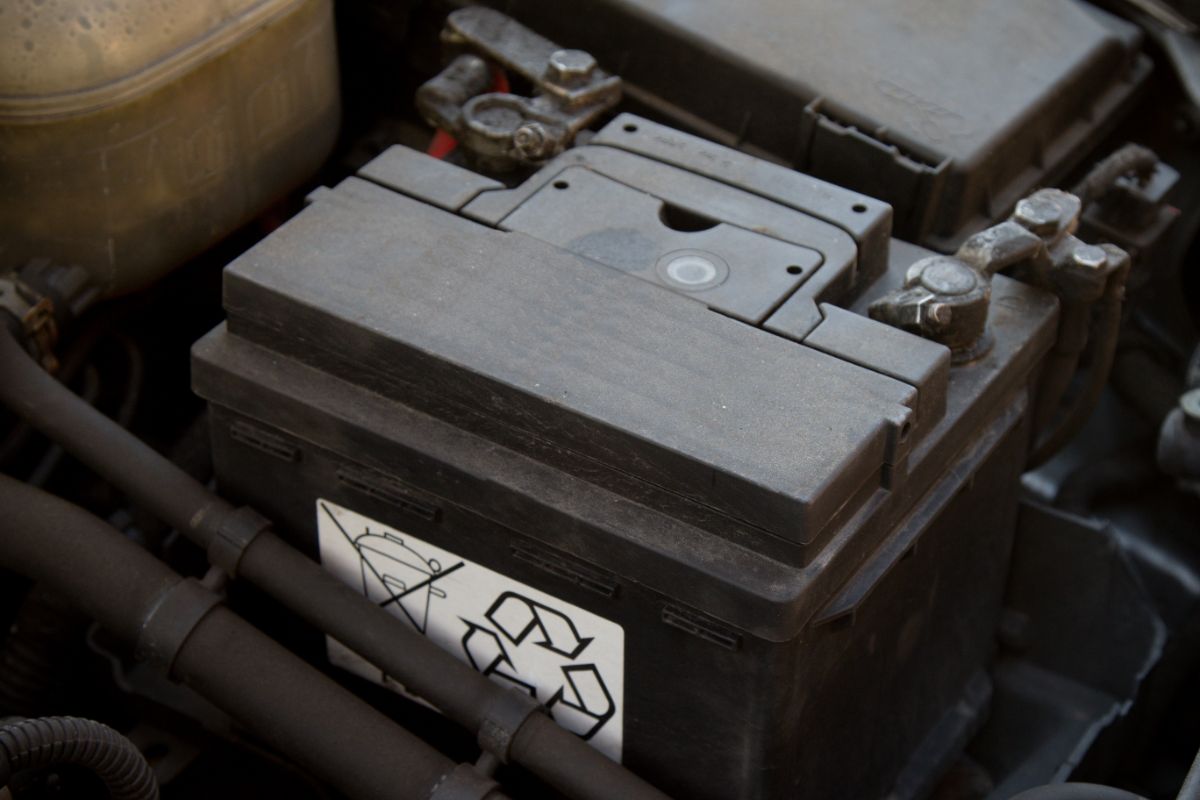 Yes. Whether you are using flooded wet-cell, gel, or AGM batteries, they should be safely secured in a battery box with a vent to prevent poisonous and potentially explosive gas build-ups.

When I was considering battery systems for my 28ft Pearson Triton, I immediately gravitated to the cheapest option – 12V lead-acid batteries that I planned on stowing underneath the settee that would double as my bed while at port. I figured I would keep them upright by bracing them against some other loose gear.

When I mentioned this online, I realized what a bad idea it was. Thankfully, I was stopped before I made a dangerous mistake that I still see other people making.

Lead-acid batteries can leak acid if they are turned onto their side – something that is bound to happen if they are left loose in a sailboat. Marine deep-cycle batteries also give off hydrogen gas while charging, or if they are overcharged, which can become explosive at concentrations greater than 4%. This hydrogen can also react and produce hydrogen sulfides, which are flammable and poisonous if inhaled.

My DIY battery project could have cost me my life.

Storing your batteries in the same place you breathe, eat, and sleep is a terrible idea and I think more boat owners should be aware of this. For larger yachts, there are safety requirements that strictly govern the placement of batteries and the ventilation they require, but for smaller, pleasure craft like sailboats, even experienced sailors and surveyors will turn a blind eye to batteries that put off dangerous fumes in enclosed spaces.

Why do batteries need to be vented? 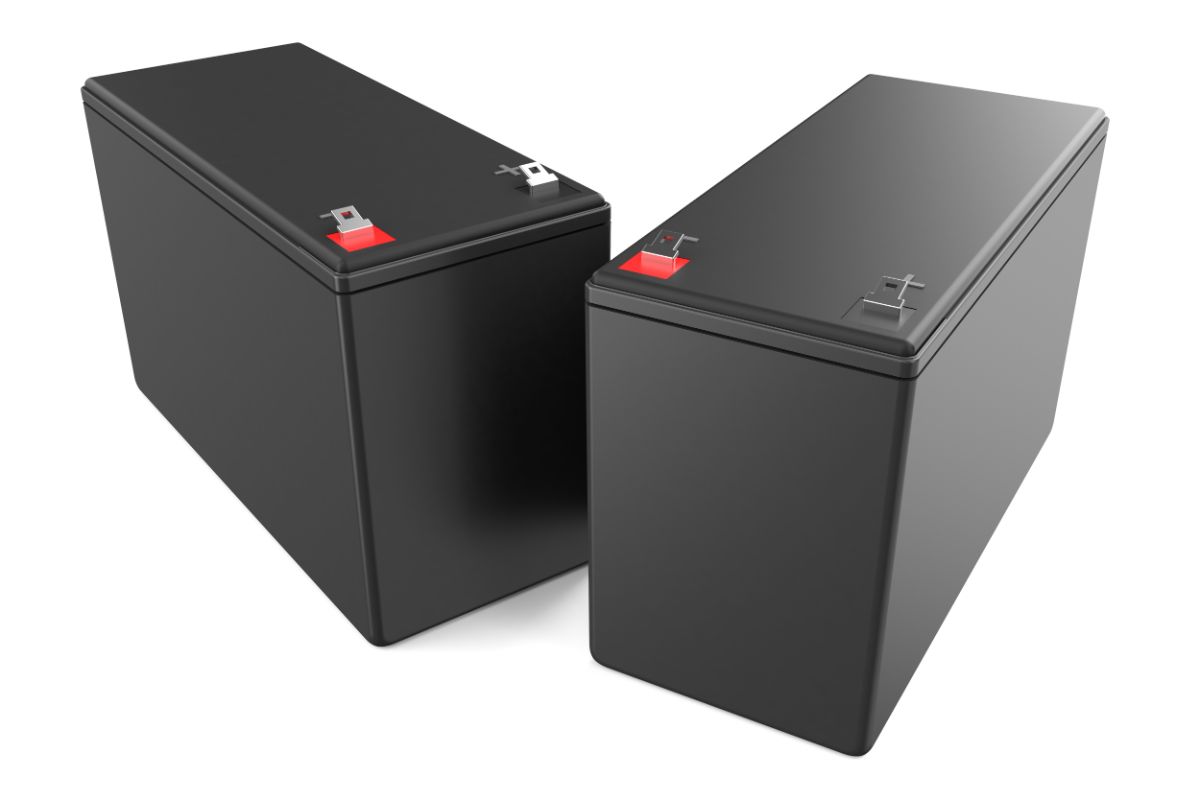 Batteries need to be vented because they release hydrogen gas when they are charging or are overcharged. This gas can build up and cause explosions, or react and become poisonous hydrogen sulfides.

There are three different kinds of marine batteries, and they all need to be stored in battery boxes with proper ventilation.

How must a battery be stored on a boat?

Marine batteries should be stored in protective battery boxes with vents.

There are many places you can store battery boxes on a boat, depending on the design, but not all of these are safe. Keep the following in mind when you plan your layout:

Related: Wet vs Dry Boat Storage – Pros and Cons Of Both

Why must a battery box be vented? 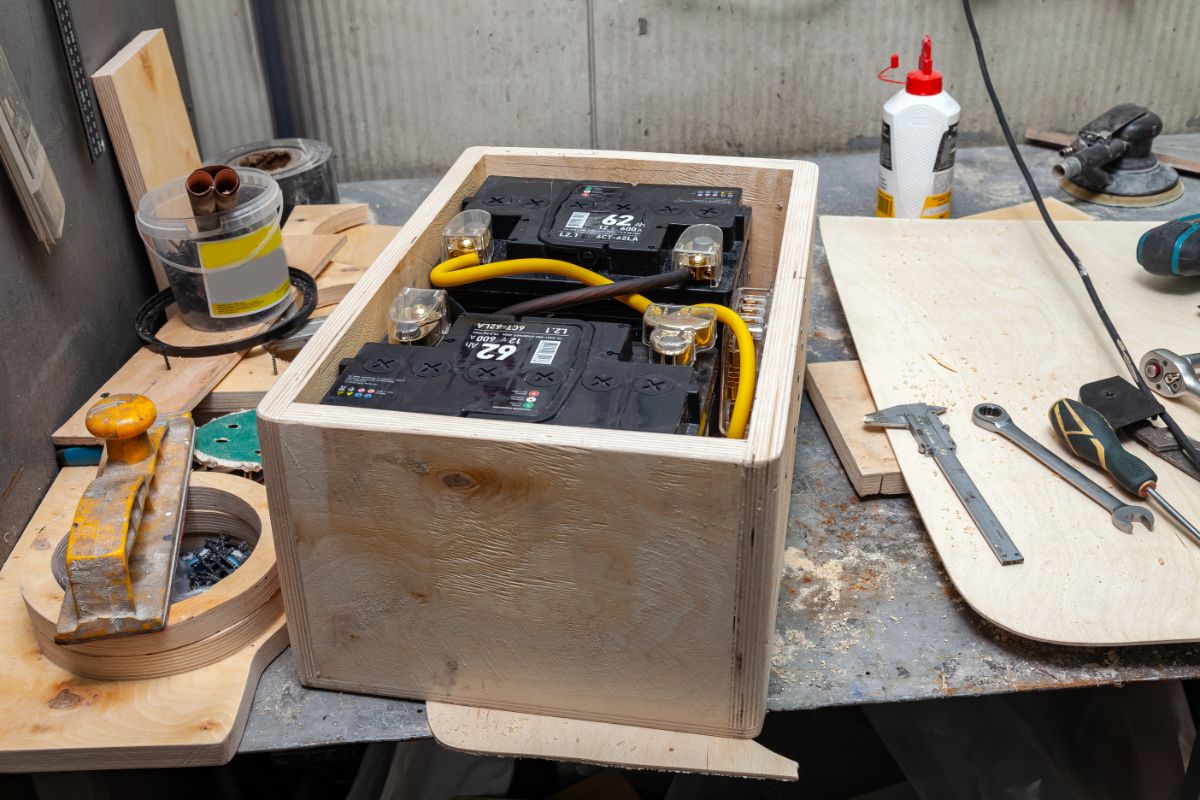 A battery box needs to be vented so that the hydrogen gas can be safely released into the atmosphere outside the boat.

All deep-cycle batteries put off hydrogen gas as they charge. A battery box can keep this hydrogen gas from diffusing into the air in your living quarters, or potentially sparking an explosion in the engine room. However, unless a battery box is properly vented, it is only worsening the problem by concentrating hydrogen in a closed box.

What happens if I don’t vent my battery?

If you don’t vent your battery box, you risk inhaling poisonous gases or causing an explosion.

Some argue that it is okay to store batteries without battery boxes and in living areas because the hydrogen that deep-cycle batteries exude is unlikely to ever reach the 4% concentration that would be required to set off an explosion. In their view, battery boxes are unnecessary as long as the terminal connectors are clear and any lead-acid batteries are kept upright because the small amount of hydrogen released dissipates quickly in the air.

Unfortunately, there are some dangerous and unscientific assumptions here. Deep-cycle batteries don’t constantly release small amounts of hydrogen gas – they release it specifically when they are overcharged. An overcharging event could quickly fill a normally well-ventilated space with hydrogen gas over 4% concentration.

In addition, the hydrogen in the air can form hydrogen sulfides, which are poisonous when inhaled. Even if you accept the risky premise that hydrogen concentrations could never reach 4% in an enclosed space like the cabin of a small sailboat, keeping batteries in spaces where people live means accepting a certain amount of poisonous gases in the air.

See also  Can You Get a Mortgage On a Boat?

How much ventilation does a boat battery need? 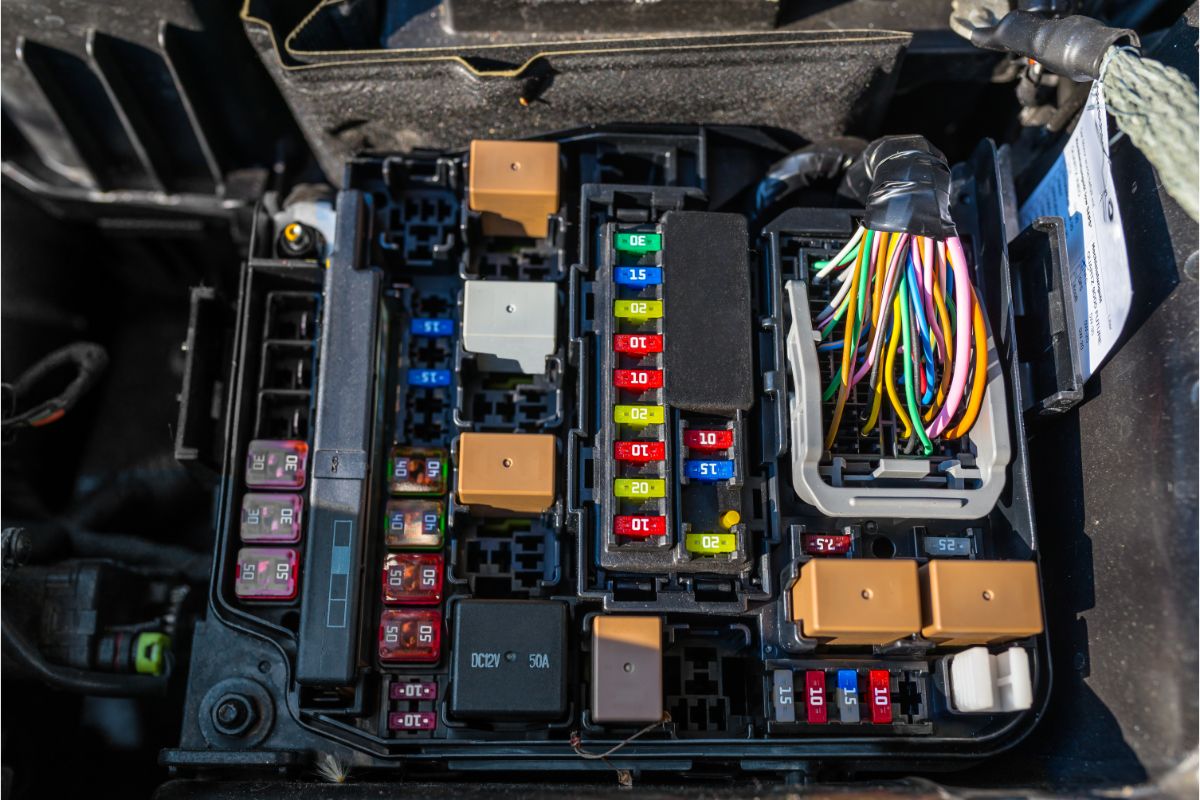 You probably don’t need any complicated fan systems. Batteries don’t exude a ton of hydrogen, and since hydrogen is lighter than air, it rises dependably. If you have a boat battery box with a vent on the top, you just need to allow the captured hydrogen to naturally rise to a vent on the deck or above the waterline on the hull, rather than collecting in an enclosed space like the engine room or living quarters.

Boat Batteries Need to be In a Vented Battery Box 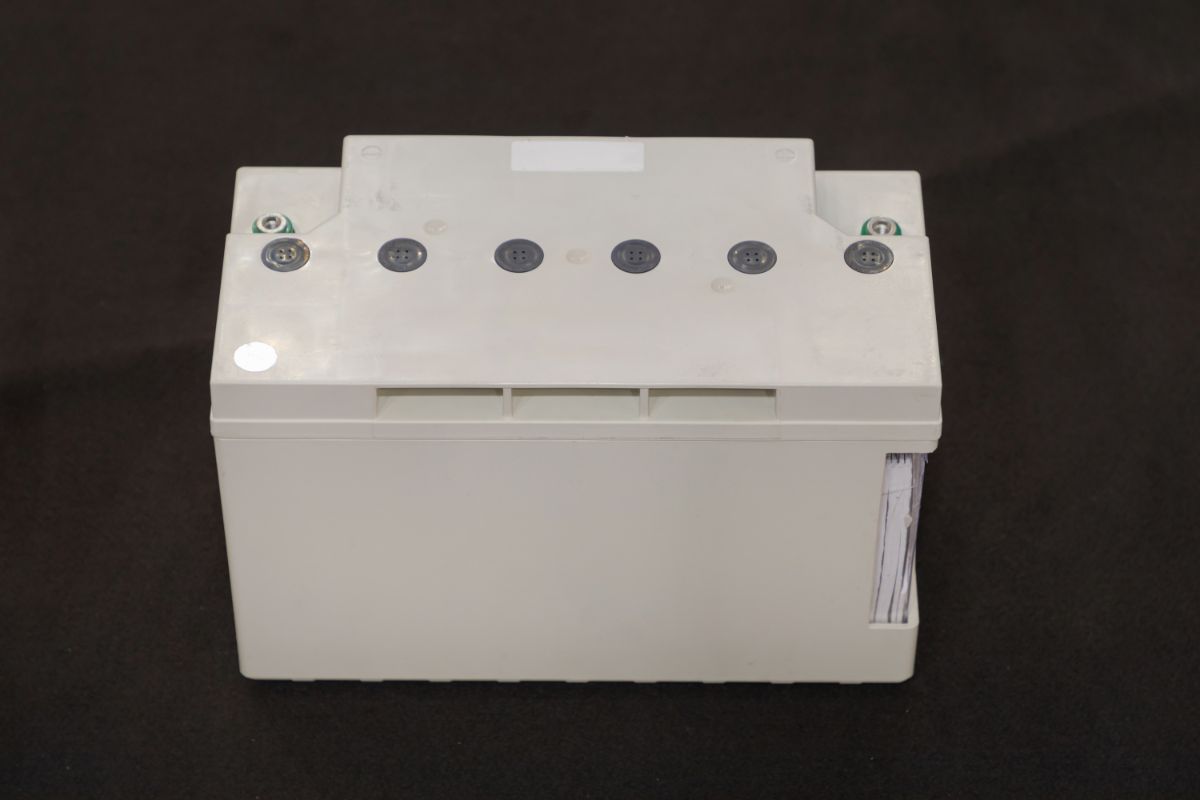 It doesn’t matter what kind of battery you have, it could be dangerous unless it is protected in a box and ventilated so that the hydrogen gas it releases can’t concentrate and cause explosions, or poisonous hydrogen sulfide gas. A battery box helps protect the batteries from the elements and the people on board from the chemical byproducts of the deep-cycle battery charging process.